Fire Extinguishing Spray - Stop Fires Before They Become A Problem 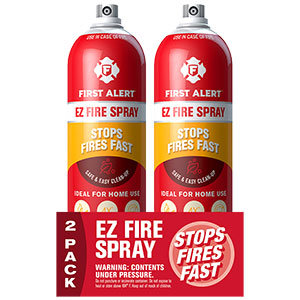 Fire extinguishing spray is for you if:

Tundra Fire Extinguishing Spray is easy to use:

Where To Place Fire Extinguishing Products: One on every level of the home, and one each in the kitchen and garage.

Tundra is a trademark of BRK Brands, Inc.

FirstAlertStore.com is operated by eAccess Solutions, Inc., under license by First Alert. © 2021 All Rights Reserved.

Product filters are being applied...

Sorry, no products were found matching your search criteria. Please update your selections or use the clear all selections button below to view all products in this category.